An inspiring new report shows how cities can become more friendly to pollinators. Bees and humans have something…

An inspiring new report shows how cities can become more friendly to pollinators.

Bees and humans have something big in common: a need for green spaces. Positive News makes this connection, referencing a study by the University of Aarhus in Denmark.

The study concluded that kids who weren’t able to regularly visit green spaces while growing up were more likely to be later diagnosed with mental disorders like depression. They were as much as 55% more likely to have these diagnoses than children who had routine green space access.

And bees need green spaces to be able to do their pollination jobs in cities. Green spaces like gardens and parks with many kinds of flowers and no pesticides are ideal for helping bees and other pollinators in cities. If they can pollinate properly, their populations can increase.

A new report called “A Plan Bee for Cities” found that community gardens were especially great for pollinators. Compared to parks, gardens have more “diversity of seasonal flowers.” Because of this diversity, “researchers found that pollinator numbers in the urban gardens they studied were comparable to rural sites they looked at – and significantly higher than other green spaces such as parks.”

But small areas can be helpful, too. The research in the report shows that “even small planted patches are being colonised by pollinators.”

The researchers recommend letting nature take over in areas:

We recommend… reducing the level of management interventions, as spontaneous vegetation and more natural areas provide opportunities for various insect habitats. Preservation of even small-scale unplanned areas should be integrated into planning guidance to promote local biodiversity, especially for solitary wild bees and syrphids.

Hopefully, the results of this report will inspire more urban pollinator projects. A great example of one of these projects is in Utrecht, Denmark, where bus stop roofs are covered in flowers so insects can also stop there on their pollination routes.

A much larger example can be found in Paris: the city has just started an urban farm that takes the title for largest in the world. 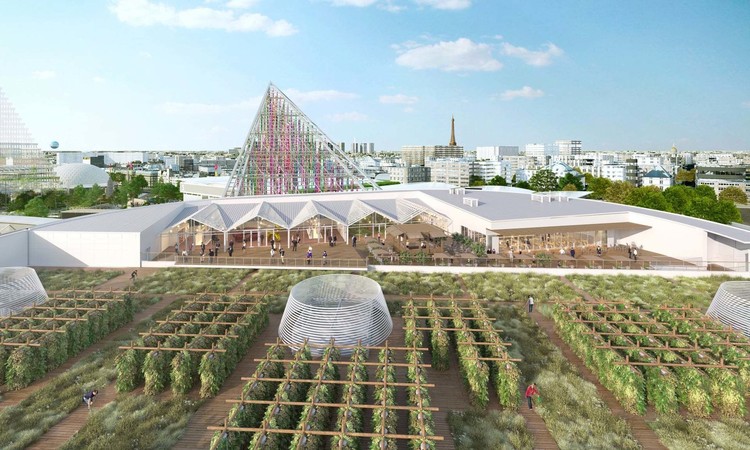 A recent affirmation of a court ruling means good news for grizzlies at Yellowstone. Yellowstone’s grizzlies were first…
byKat

According to a new study carried out utilizing satellite mapping technology, it was revealed that Antarctica has 20%…
byWilson Lawal
1 share
1
0
0

Tuberculosis deaths have decreased by 14% in five years, according to a new report. This has saved 60…
byWilson Lawal

Coal India wants to get involved in the solar energy auctions in India. Coal India has gained popularity…
byWilson Lawal